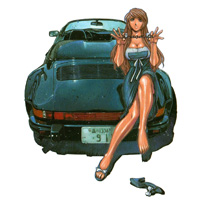 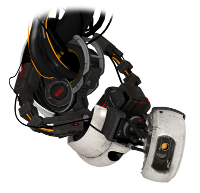 
December 4, 2014
MikroTik therefore designed a new method called PCC (Per Connection Classifier) to get around this problem that allows us to mangle packets and arrange them to use different routing tables, one per line. In this way we can have say three lines, with three default routes, but the PCC mangle rules we will create will force each of the connections into using the different routing tables. No connections get torn down. So, much more reliable. OK – let’s show you then how to do this with some code…

If the traffic on the ports is encapsulated with PPPoE, then this will also need to be explicitly allowed to go into the Layer 3 Firewall rules as well.

We need to ensure that any traffic going to our local and internal LAN interfaces on the router bypasses all the ‘line balancing’ rules. This is traffic that is destined for the internal network and will not be required to be mangled by any rules to make it split connections up the multiple backhaul lines. Therefore we must ensure we initially set a rule for all internal traffic to bypass the mangle rules that follow below. We do this with an action of ‘accept’. Assuming all internal traffic is on 192.168.88.0/24 and all internal interfaces are on the default bridge ‘bridge-local’ we would use this:
[cpp]
/ip firewall mangle
add chain=prerouting dst-address=192.168.88.0/24 in-interface=bridge-local action=accept [/cpp]

The above CLI command is in the ‘pre-routing’ chain and therefore is processed before any routing decisions are carried out and will thus capture traffic to the router and traffic being forwarded by the router elsewhere. The above rule tests for all traffic destined for the local internal network (192.168.88.0/24) which is coming INTO the local LAN interface (in-interface=bridge-local). This can only be local L2 traffic going into the router interface. As this is a bridge interface, it may be traffic destined for one of the other ports in the bridge and therefore must not be processed by the following rules. It therefore has an action of ‘accept‘. In this way the rule ‘actions’ but effectively does nothing but stop any further processing of those types of packets. This is because when a mangle rule is actioned, any further and lower down rules are not processed. The only exception is that for certain action types, the value ‘passthrough‘ can be enabled which will allow further rules to be processed.

For each of the public WAN interfaces, the reply traffic for any connections made directly to them from the public WAN must always go out the same way it came in. This could be traffic such as Winbox or SSH into the Public WAN IPs. We do not wish the reply traffic being potentially sent out of a completely different interface than it came in on just because of our clever PCC mangle rules. As traffic going into the router will go through the ‘input’ chain and traffic leaving the router itself will be going through the ‘output’ chain we now use two sets of rules, one in the input chain, one in the output chain for each public interface we are load balancing upon. In this example we will be demonstrating load balancing across two lines.

We must first mangle connections and then mark with routing marks. (This is because we are not requiring to mangle individual packets, but the whole connection). Therefore for these mangle rules, we need to identify the incoming public WAN traffic and to save CPU processing, mark the connection with a ‘connection mark’ only if it hasn’t already been marked (the connection mark ‘no-mark’ is a reserved name and it means that there is no connection mark applied yet). :

We now need to perform the PCC ‘magic’ that will split the internal connections equally amongst all WAN lines. Here, the following rules take the internal LAN traffic that is outgoing and will split the traffic connections into two ways. Every unique combination of destination address and source address will be given a different connection mark (and will in turn, go out of a different WAN connection). There are a number of different PCC methods to determine how to split the connections. One popular one is on ‘destination IP and port’. However if you do that, a client device may open up many threads of connections to a remote server and each one will go out of a different outgoing WAN connection. With connections to HTTPS SSL based websites, such as banking sites, this may lead to major problems. We are going to just use the destination and source address to split the connections between the two lines as our unique indicator that these are connections we can detect and are to be pushed up the multiple and different WAN lines. Once again we use the ‘no-mark’ connection mark test as once a connection has been marked, there is no need to do it again and this saves on CPU power. We can only apply routing marks in the output and prerouting chains. As we need to identify traffic that is being forwarded by the router, not any traffic that is destined for it and the output chain is only for traffic that has been generated by the router itself, the prerouting chain is the only one suitable. However the prerouting chain actually contains two types of traffic, forwarded traffic (which we want to capture) and traffic destined for the router itself (which we do not want to capture for marking).

Therefore, to only mark outbound forwarded traffic we can use a rule that tests for ‘dst-address-type is NOT local’. I.e. that the traffic is not destined for a network address which is on the router. Note also that the PCC mangle rule states either ‘:2/0’ or ‘:2/1’. This equates to ‘divide the traffic connections by two’ and that will then leave you either with no remainder (the ‘/0’ part) or with 1 as a remainder (the ‘/1’ part). In this way the traffic is split into two unique sets of connections by the PCC rule. If you were splitting the traffic three ways, the 3 rules would have ‘3/0’, ‘3/1’ and ‘3/2’ in them. I.e. 3 divided by 3 is one, remainder zero (the ‘3/0’), 2 divided by 3 is zero with a remainder of two (the ‘3/2’) and 1 divided by 3 is again zero, but with a remainder of one (the ‘3/1’).
[cpp]
/ip firewall mangle
add chain=prerouting connection-mark=no-mark dst-address-type=!local in-interface=bridge-local per-connection-classifier=both-addresses:2/0 action=mark-connection new-connection-mark=WAN1
add chain=prerouting connection-mark=no-mark dst-address-type=!local in-interface=bridge-local per-connection-classifier=both-addresses:2/1 action=mark-connection new-connection-mark=WAN2[/cpp]

By default ‘passthrough=yes‘ is enabled on mangle rules such as those above. Now that we have marked the two way split in connections, we now need to attach a Routing mark to those two connections so that we can direct each connection to two different routing tables rather than the usual ‘main’ routing table (we have yet to create two new routing tables called WAN1 and WAN2 which will use these routing marks):

The traffic being generated by the router itself however will not have any routing marks and also, ‘next hop’ calculations are only possible by the ‘main’ routing table therefore we will still need ‘normal’ routing table entries for the default routes going out the multiple WAN connections. We need two in this case. We apply different distances to them so that if there is a WAN line failure, the traffic will go out the second line instead.

If the routing table gateways are remote IP addresses, rather than dynamic PPPoE interfaces as per the example above, ensure you also add ‘check-gateway=ping’ to each of those routes to ensure that the main routing table can calculate the state of the upstream gateway and change the routing table to route out of the other interface correctly in case a gateway goes down!

Once all the above rules are applied, you should then begin to see traffic being very roughly distributed across the multiple lines. Remember that as the traffic is based on connections, rather than raw packets, the traffic will never be completely even. Any one client’s connection may have a high traffic demand and that will be seen to increase just the one physical WAN connection to a greater throughput figure compared to the other. This is normal and to be expected. The more client connections made and the more WAN lines added into the ‘load balancing’ set will even these ‘irregularities’ out over time. Also, if any one line has a different speed than another, any connections made up that slower WAN link will cause the client to have a slower experience. Remember, this is not ‘line-bonding’ but ‘load balancing’! If possible, try to join together similar types and speeds of WAN lines, but luckily with PCC it’s not essential. The example below shows how the internal LAN is connected to ether1 and the upstream WAN connections are pppoe-ou1 and pppoe-out2. The internal network is uploading approximately 838k from various client connections and the load is roughly balanced across the two lines, 401k and 426k each: